About Meijer: Meijer Inc. is an American supercenter chain throughout the Midwest, with its corporate headquarters in Walker, Michigan, which is a part of the Grand Rapids metropolitan area. Founded in 1934 as a supermarket chain, Meijer is credited with pioneering the modern supercenter concept in 1962. About half of the company's 242 stores are located in Michigan, with the other half in Illinois, Indiana, Kentucky, Ohio, and Wisconsin. The chain was ranked No. 19 on Forbes magazine's 2015 list of "America's Largest Private Companies" and 19 in Fortune magazine's 2008 "The 35 largest U.S. private companies". In 2016, Supermarket News ranked Meijer No. 15 in the 2016 Top 75 U.S. & Canadian Food Retailers & Wholesalers. Based on 2015 revenue, Meijer is the 26th-largest retailer in the United States.

Card Holders - Receive $10 Off Your First Purchase Within 30 Days

Meijer gives you a deal $10 Off. Click on the button below for more detail!

Shop now and get a free pick up on orders over $50. Some exclusions may apply

Get $10 off when spend over $30 select Cottonelle, pull-ups, goodnites, U by Kotex, poise and depend products. Limited time offer.

Get $10 off when spend over $30 select Cottonelle, pull-ups, goodnites, U by Kotex, poise and depend products. Limited time offer.

Shop at Meijer.com and get 10% off on Allerease fresh & cool allergy protection pillow, standard/queen. Some restrictions apply. Limited time offer.

New mPerks Members enjoy a $10 discount on your order over $50. Sign-up now to redeem the offer.

Shop now and get a free pick up on orders over $50. Some exclusions may apply

Shop at meijer.com and get $9.95/order on delivery. Some restrictions apply. Limited time offer.

Meijer gives you a deal. Click on the button below for more detail!

Click the link for the Big Steal page, with a new daily deal everyday with savings up to 70%.

Go through this link and sign up for Meijer email to get $5 savings on your next order of $50 or more. Restrictions may apply. 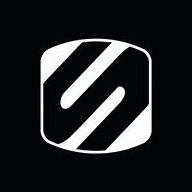